Keeping track of all the apps on your iPhone or iPad can be a challenge, but App Library has made it easier. This feature allows your device to intelligently organize apps into folders based on categories such as suggested apps, recently added apps, social media, entertainment, shopping, music, games, etc.

You can open the App Library with a swipe, then open a specific app from its folder, search for the right app, or browse all your apps alphabetically. Apps can be moved from the app library to the home screen or deleted entirely, but library apps cannot be moved from one folder to another. If you think an app has been filed in the wrong folder, there is nothing you can do.

Overall, the App Library is a useful tool for managing your apps and finding the ones you need. This is especially useful if you haven’t already manually organized your apps into different folders. Here’s how the feature works.

Update your iPhone or iPad

To use App Library, you’ll need to update your iPhone to iOS 14 or later and your iPad to iPadOS 15 or later, if you haven’t already. On either device, go to Settings > General > Software Update. Your device will indicate that your software is up to date or it will prompt you to download and install the latest update. After updating your device, open the home screen and swipe left until you come across the app library screen. Here, you’ll see different folders with your apps neatly organized and tidied into each according to the most appropriate category. Some of the apps have large icons, while others sport smaller icons in groups of four. You can open an app that has a large icon by simply tapping on it. For apps with small icons, tap anywhere within the quadrant of four small icons to bring up a screen showing all apps in that category. From there, just tap the app icon. If you’re having trouble finding a specific app, you can browse or search for it. Swipe down on the app library screen to view an alphabetical list of all apps installed on the device. To find a specific app faster, tap a letter on the right side to see all apps starting with that letter.

You can also start typing the name of the app you want in the app library search field at the top to see the matching apps. Tap the app icon to launch the app.

Add apps to the home screen You can add an app from the App Library to your home screen if it isn’t already there. Long press the icon to open the command menu, then press Add to home screen. The app icon appears on the next free spot on your home screen, but also remains in the app library.

Another way to move apps is to hold down an app until all the icons start shaking. The home screen will then appear, allowing you to place the icon in the correct position. You can also press and hold an icon from the home screen and select the Change home screen menu command to shake all apps. To remove an app from the home screen, tap the icon and tap Remove app from the pop-up menu. You are then asked if you want to delete the app or move it to the app library. Faucet Delete app, then choose Remove from home screen. You can remove any app from the library by tapping its icon. Press the Delete app command to delete it, then confirm the deletion. Note that this doesn’t just remove the app from the App Library; it uninstalls the app entirely, so be careful with this option.

Set where apps are downloaded 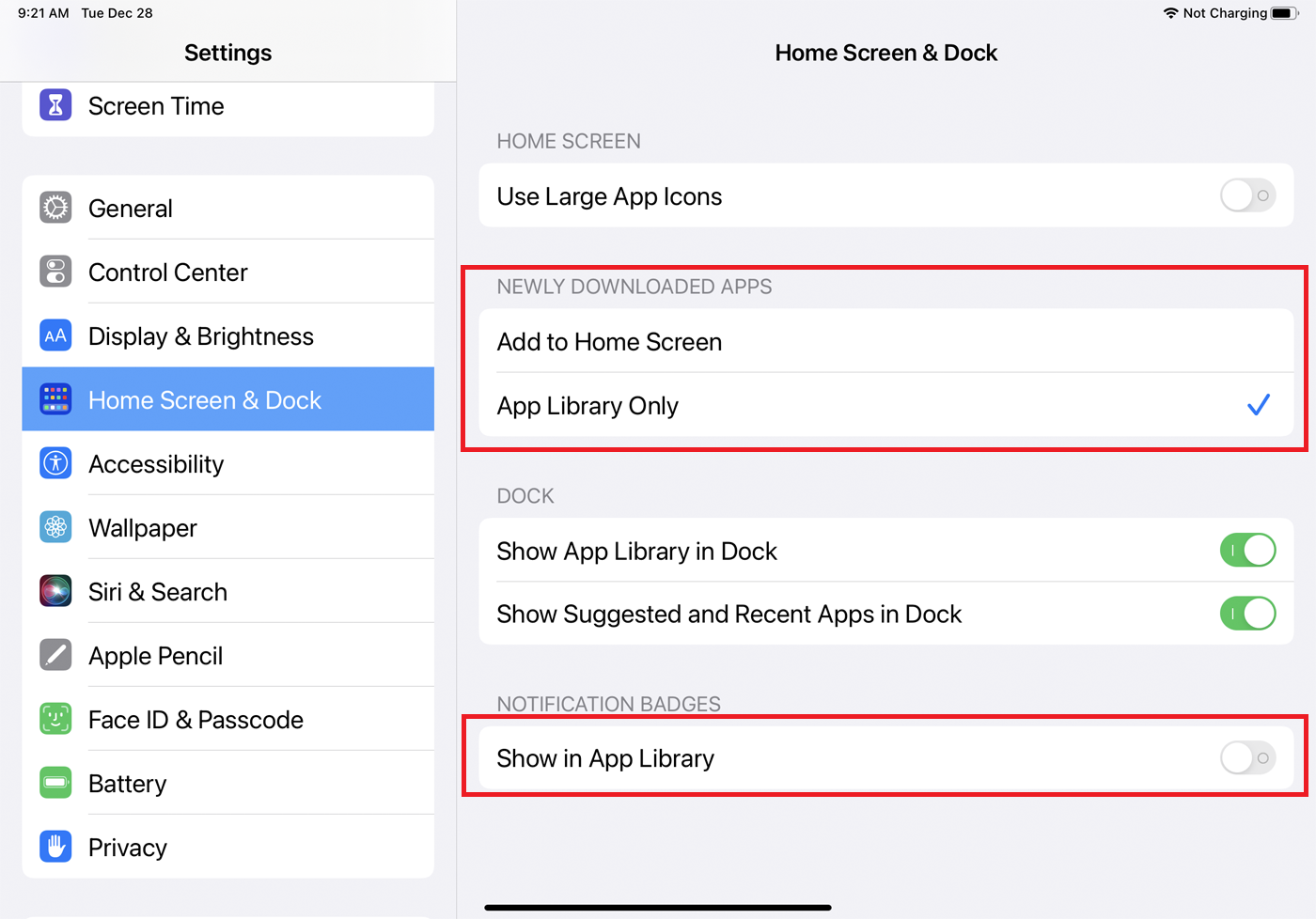 In the Notification Badges section, you can enable Show in App Library to change the notifications you see in the App Library.