Following the official reveal of the LEGO Lightyear sets, we’ve noticed a number of notable design choices across the range.

Lightyear is an upcoming film from Pixar, telling the origin story of Buzz Lightyear himself. In this film, Lightyear is apparently a real person who has embarked on adventures across the universe. Trailers for the film reveal both new characters and familiar elements, like Buzz’s spacesuit and the evil Emperor Zurg.

Three sets have been announced as ties for this film. While solid overall, there are a few particular elements (for better or worse) that stand out.

SOX – Buzz’s robotic cat sidekick – could be a star in the Lightyear movie. It appears in both 76831 Zurg Battle and 76832 XL-15 Spaceship, making it very easy to acquire. However, he is missing any kind of white print on his paws – presumably, the socks his name refers to.

While not exactly a dealbreaker, it’s still a bummer that this aspect of the character is missing. Still, if we can resume printing on R2-D2, we may also be able to get a SOX with socks at some point.

On the other hand, we can get a more sophisticated impression on other pieces in this set. The McGuffin of the Lightyear movie appears to be a blue crystal that powers Buzz’s ship. This also appears in 76831 Zurg Battle and 76832 XL-15 Spaceship, suspended in a rectangular container.

Early product images suggest this crystal is printed on both sides of a clear brick, opening up intriguing possibilities for future sets. Bricks like these have been printed before (in sets like 30364 Popcorn Cart) but only on one side. It’s possible that the crystal is just a very, very carefully placed sticker, but if it isn’t, it’s a pretty exciting development.

Instead of his usual purple wings, Buzz sports a pair of brown wings in 76381 Zurg Battle. Their unpainted nature suggests that Buzz’s costume is some sort of prototype or older model – an interesting twist in what’s shaping up to be a clear origin story.

Previous Buzz Lightyear figures used a pair of custom-made wing elements that plugged into the sockets on Buzz’s neck. These brown wings appear to be similar but not identical and attach to a stud on Buzz’s armor. As such, it might be easier to add them to our own designs than the original fenders.

For many LEGO fans, the 76832 XL-15 Spaceship will literally be the flagship. This set seems to balance play and display functions, with its own display stand and information plaque. It also comes with a great selection of minifigures, including new characters Darby Steel and Mo Morrison.

What doesn’t appear to be included are any kind of stud shooters or spring-loaded shooters on the ship itself; they are not referenced in the box art, and if included, they are very well concealed. It’s an interesting choice, especially since the LEGO Group hasn’t been shy about adding foreign stud shooters to sets in the past. Still, the hardpoints on the wings should make adding stud shooters pretty straightforward.

4+ sets are generally not of interest to older LEGO fans, for obvious reasons. They tend to feature very simple designs and limited use pre-made block elements. However, 76380 Zyclops Chase might prove to be an exception.

The Zyclops is a large yellow robot of uncertain origin, but it may be a servant of Emperor Zurg. Either way, it wouldn’t look out of place alongside the other Lightyear sets; there’s just the right amount of complexity on the torso, and the new limbs make for great arms. The legs are clearly one piece, but they work well with the larger robot design.

In the past, older LEGO fans might have justified buying more than 4 sets for the minifigures alone. However – while the figures are pretty cool – it’s a 4+ that we feel comfortable buying on its own merits.

Support the work of Brick Fanatics by purchasing your LEGO using our affiliate links. 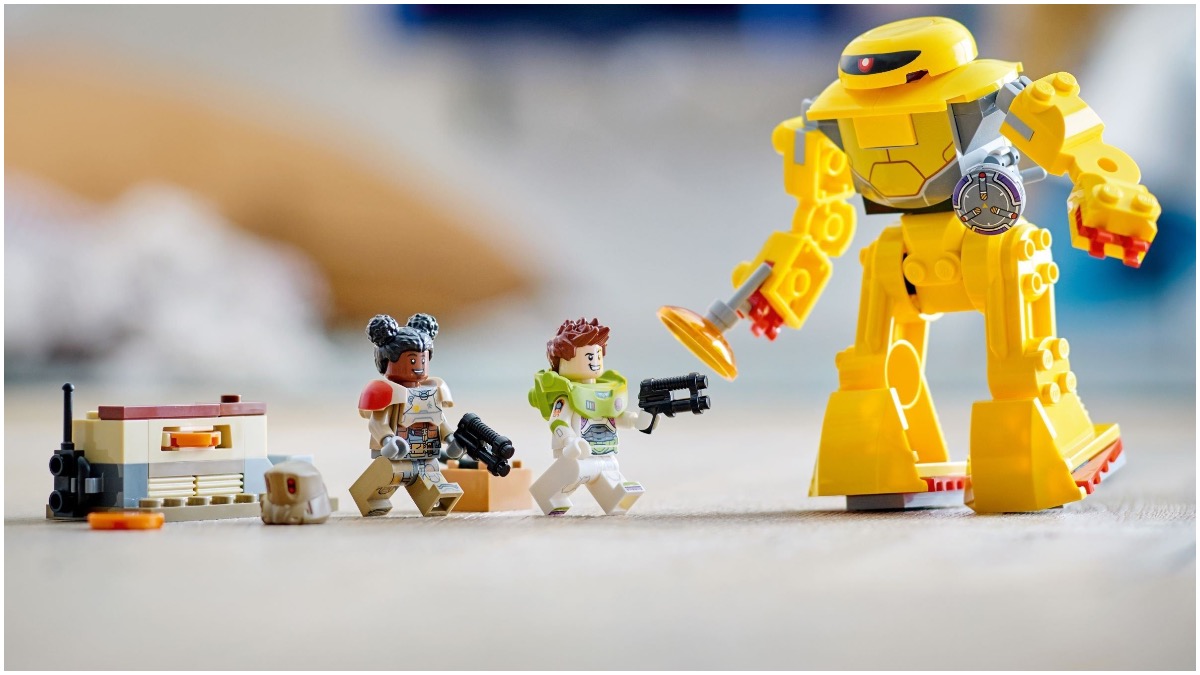